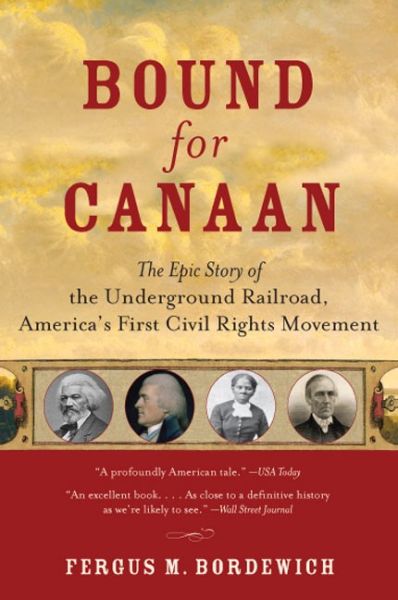 The civil war brought to a climax the country's bitter division. But the beginnings of slavery's denouement can be traced to a courageous band of ordinary Americans, black and white, slave and free, who joined forces to create what would come to be known as the Underground Railroad, a movement that occupies as romantic a place in the nation's imagination as the Lewis and Clark expedition. The true story of the Underground Railroad is much more morally complex and politically divisive than even the myths suggest. Against a backdrop of the country's westward expansion arose a fierce clash of values that was nothing less than a war for the country's soul. Not since the American Revolution had the country engaged in an act of such vast and profound civil disobedience that not only challenged prevailing mores but also subverted federal law.

Bound for Canaan tells the stories of men and women like David Ruggles, who invented the black underground in New York City; bold Quakers like Isaac Hopper and Levi Coffin, who risked their lives to build the Underground Railroad; and the inimitable Harriet Tubman. Interweaving thrilling personal stories with the politics of slavery and abolition, Bound for Canaan shows how the Underground Railroad gave birth to this country's first racially integrated, religiously inspired movement for social change.